A Brief History of Me 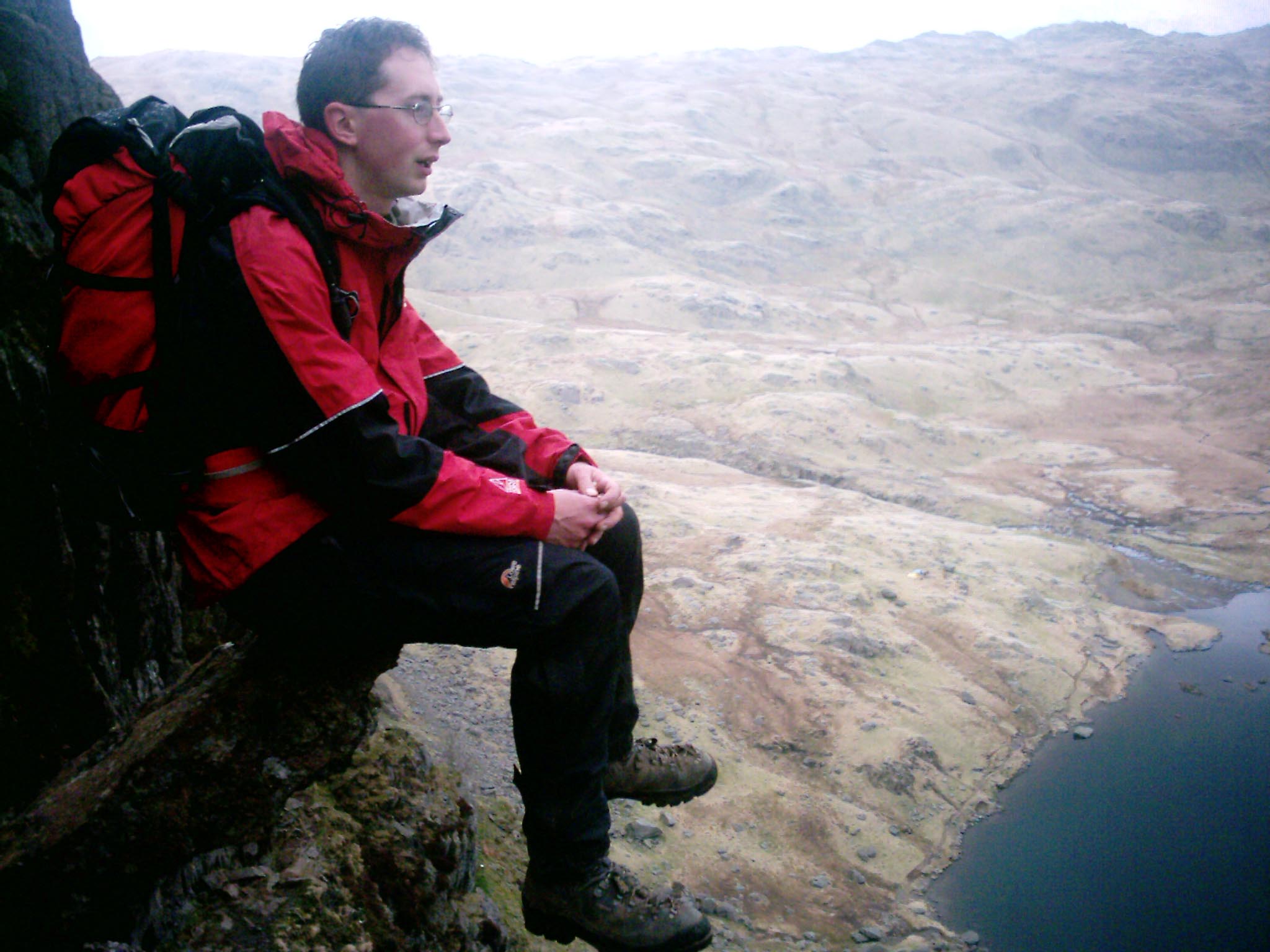 I grew up in Lancashire, England, in the 80s and 90s. That was where I got my love of the outdoors - I've been climbing, mountaineering, caving, white-water kayaking and skiing as long as I can remember. Growing up, I spent most of my spare time in the hills.
After leaving Clitheroe Royal Grammar School, I studied at the University of Cambridge, leaving with a BA in Natural Sciences and an MSci in Experimental and Theoretical Physics. My masters options included gravitational astrophysics and cosmology, planetary geophysics, remote sensing and high resolution electron microscopy.
I went on to earn a PGCE specialising in Science and Physics from the University of Bangor. After stints living in North Wales and the Cotswolds, I have lived in Somerset since 2002. I've now been teaching physics for over fifteen years, and computer science for almost ten.

I still love the outdoors. I spend a fair bit of time climbing, walking, caving, though not as much as I once did. Recently, I've been spending more time sea kayaking and swimming, and have got into trail running.
I am an experienced mountain and cave leader, holding a range of qualifications including ML, RCI and LCL2. I am also a course director for national climbing and navigation award schemes. Whilst I mostly work for schools and the MOD, I do occasionally work freelance. One day I will to start taking private contracts as ACS Adventure.
Wildlife is special to me. Very little beats one of those unexpected moments when you have a private audience with a wild animal. I frequently conduct bird, butterfly and moth surveys for the respective conservation bodies to help inform environmental policy.

I write because I enjoy it. That's the bottom line. Sure, it can be hard work, and there are times it can be terribly frustrating, but I wouldn't do it if that wasn't outweighed by the joy of creating.
I started off writing physics textbooks and then branched out into popular science. I still take commissions for some of the main edicational publishers in the UK. You can browse some of that side of my work at The Best bits of Physics.
In 2015 I decided to try my hand at writing fiction. As I love reading and watching scifi, I thought that was the best place to start. My first piece was a short story called Independence. It was intended as a stand-alone, but the positive feedback I received encouraged me to follow it up with a novel. Now, the Two Democracies: Revolution series is five books long and growing, and other series set in the same universe have begun.
As someone with high-functioning autism (also known as Aspergers), I find that writing helps me explore human interactions and emotions. Many of my characters are not neuro-typical, as is the case in life, and I have received many emails from people who were touched by my portrayal of depression, ADHD and ASD.

I have always been rather awkward telling people about myself and my work. Just spouting stuff doesn't come naturally to me, and feels a bit like bragging.
So, I decided to offer to take part in interviews. That way I was answering a question, not choosing what to tell people about. Most of the interviews are with science fiction book bloggers. Some write their own space opera and military scifi, others just read and comment. Here are the results of some of those interviews...

If you still want to find out more about me, you can take a look at my homepage.